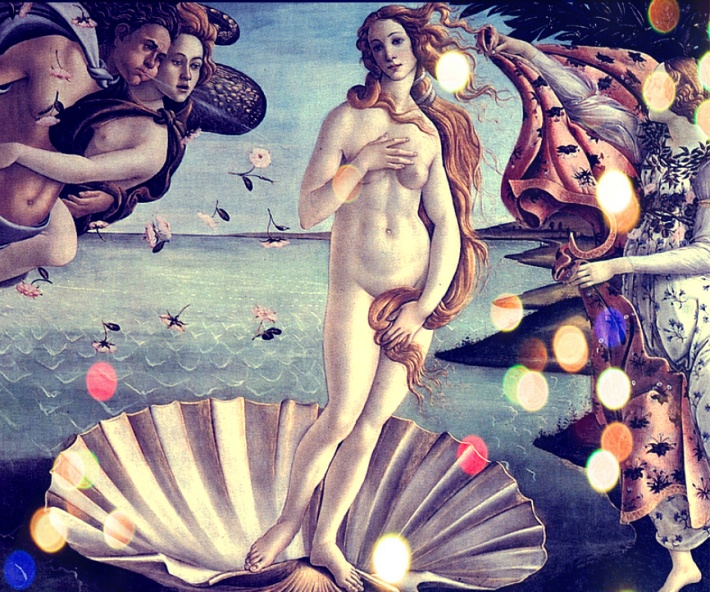 The book Dune by Frank Herbert is one year older than I am. Growing up, I was a big fan of psychological-philosophical-science fiction of the 60s and 70s and had a well-loved, battered copy. In Dune, there’s a thing called a gom jabbar, a test that consists of a box full of imaginary mutilation. The person who puts their hand in the box experiences intense pain but without any physical damage. The idea is that only a person who can maintain mind over matter has the the discipline to withstand the pain and can resist the urge to yank out their hand. A person who lacks control and lets matter control their mind and tries to remove their hand is stung by the gom jabbar and dies instantly.

“Mind over matter” is such an appealing and pithy little statement. I love its deceptive simplicity, its negation of sensuality via sensuous alliteration, and the way it lends itself to repetition, like a mantra, only if you’re not careful you’ll end up saying something like “mind over matter over mind over matter,” a statement that is simultaneously more and less meaningful, if you think about it. But don’t confuse things, I tell myself. Mind over matter: You can think outside the gom jabbar box. You don’t have to swallow the story your body tells you; you can tell your own.

When I was four, I saw myself from the outside for the first time, or at least that’s the first time I remember. Years before video cameras became ubiquitous my grandfather, an amateur photographer, purchased a Super 8mm movie camera and put my brother and me in his first home movie. Draped in silk, loaded with necklaces, and crowned with roses from the garden, I played Beauty and my two-year-old brother was the Beast wearing a diaper and a painted paper bag on his head. For most of the scenes, it was my job to walk around being beautiful, which I did carefully and deliberately, with a tentative solemnity, a blank face, and my hands steepled in front of me, as if being beautiful were an onerous chore, while Beast ran around as fast as his naked legs could carry him, jumping and gamboling like a frisky little animal.

In my favorite scene, Beast is lying on the floor when Beauty finds him. He has fallen sick in her absence and only true love’s kiss can revive him. I kneel down but instead of kissing, I look up at the camera with my mouth pressed flat. Someone off camera, my father perhaps, says something (it’s a silent film) and I shake my head no. No, hell no, my shaking head insists, I’m not going to kiss the Beast. I imagine my father’s voice rising into a command but I just stare at the camera with a look of raw defiance until the shot ends. The screen is filled with the words, “And then Beauty gives The Beast a Magic Pat.” In the next shot, I poke Beast. He springs up, busts out of his paper bag, and we hold hands and skip out the door into the garden.

When I remember this scene I feel a little sorry for my brother, who was as lovable as any darling cherubic attention-hogging little brother could be. But still, I’m glad I wasn’t forced to kiss him. It meant that tales could be rewritten and rules could be bent and girls didn’t have to kiss on cue if they’re not in the mood. Beauty grew a spine and in that moment, the story became mine.

This was long before I saw myself in terms of “pretty” or “not pretty.” Playing Beauty is much more fun than trying to live the part. My mother dressed me in shabby overalls with a “Wimmin’s Lib” decal on the bib. I climbed trees, rarely bathed, and refused to wear shoes. In a bathroom in the big house on Roosevelt Avenue where we lived, there were medicine cabinets on abutting walls and when I climbed up on the sink and opened each one, I could see my profile from both angles. I could see the dirt in my own ears. There’s something sneaky about seeing your own face from a different perspective: like spying on yourself or hearing your recorded voice, you ambush someone else’s point of view, you’re a bodiless observer for a moment, you get to play god. Anyway, I taught myself how to raise one eyebrow in that mirror. At first, my eyebrows would only move in tandem and my mouth had to open when they did and I invariably looked stupefied, but I perched at the edge of that sink and practiced until I could freeze my face and send the right brow slowly arching, until I could cock it up and down like the trigger of a gun and whenever I shot that eyebrow at someone it felt like a little macho flex of willpower: Mind over matter.

The first time I felt an external awareness of my body was when I started developing breasts. My father arranged for his mother to take me shopping for a bra. My grandmother was already out the front door when he took me aside, pulled the fold of bills out of his pocket, and peeled off a couple. If my father was handing me money, it was a big deal and when we returned, he wanted to inspect the purchase so I pulled the two bras from the paper bag, one white and one beige, complicated scraps of triangular polyester, as sexy as tourniquets. He didn’t touch them but he wanted to see what his money had bought and he told me that from then on, I couldn’t run unless I was wearing a bra.

Puberty was loaded with heavy implications I could not even begin to guess at the time. I was mutating into a new kind of creature, a Mammarian. Having breasts felt freakish and unwieldy: I was little girl with woman parts stuck to her chest and I walked around with my arms crossed, in a constant state of acute self-consciousness, as if my brain had been taken over by my breasts. In Mad Max: Beyond Thunderdome (1985), there’s a character called Master Blaster who runs the show. Master Blaster is actually two people put together: Master, the mastermind with a tiny body who lives on the shoulders of Blaster, the huge hulking hunk of muscle whose superfluous head is covered by a cage. That’s how I felt, only in reverse: A little girl controlled by a giant, brainless boob.

Big breasts are the targets for all kinds of weird attention, and I had to learn how to interpret reactions from the world that made no sense, that did not correspond to anything inside me, only my surface. The boys at school started to stare. My friends’ fathers looked at me differently. Strangers made all kinds of assumptions. Life became confusing– my body was saying things that hadn’t entered my mind, my breasts screamed “hello!” and “look at me when I’m talking to you!” and announced a sexuality and a level of maturity I didn’t feel, but what I thought and who I imagined myself to be no longer mattered: Matter trumped mind.

Adolescence is the rude awakening to the fact that your body has a mind of its own and it doesn’t give a fuck what you think. You become a stranger to yourself and see yourself from the outside for the first time. It’s happening to my daughter now. She’s growing faster than a rising loaf of bread and I can’t do a thing to help except repeat, “I love you, you’re wonderful,” over and over and try not to blink. Every day I remind her how funny and smart she is, hoping she doesn’t get lost inside that mushrooming expansion.

At 18, going where the shape of my body seemed to be leading me, I sent photos of myself to Playboy magazine, hoping that they would hire me as a model. They did, and so I went to Los Angeles and posed, and when the magazine finally came out, I was in Athens, Greece at the tail end of a year-long trip around the world: Australia, Thailand, India, Africa, Egypt, and Europe. Anyone who has traveled for a length of time knows that after awhile, without home and loved ones and familiar objects to remind you who you are, a person can lose themselves a bit, and by that time I had been reduced to the contents of my backpack and a name on a passport. Temperatures in Athens had sunk to 26 degrees, their lowest in 30 years. I was staying in a hostel with nothing but sheets on the beds and lukewarm showers. I was wearing every piece of clothing I had with me, sweater over t shirts over tank top, shorts under sweat pants under jeans, two pairs of socks on feet stuffed like frozen sausages into boots, shuffling from cafe to cafe trying to keep the stomach full of hot stuff and the blood flowing, when I walked past a newsstand and saw it: a familiar face, the glossy cover of a Playboy magazine.

I bought it and took it to a cafe where I held my breath and flipped it open. I remember flipping quickly through the pages, searching for my own face. If felt like an important moment, a rite of passage, a moment of reckoning, an awakening, a possible reunion, perhaps even a test. I was lost, alone, homeless, faceless, and yearning for something more. I had waited so long for this moment for so long that I wanted it to add up to something substantial, I wanted it to matter, and so I turned the pages hungrily until I found it, there in the middle, my own face looking back at me.

But it wasn’t really me. Even under all that makeup, I could see that she was just a little girl standing there, idly waiting for instructions, looking mildly surprised. She was me but not me, me minus the arched eyebrow and the spine, more innocent than I ever was, the girl I could have been if I let someone else tell the story, if I had chosen that end for the story.

Maybe that’s why I write.  Letting someone else  tell my story can really mess with my head.

Tell me a story!