being seen (or a swan dive into a shallow pool) 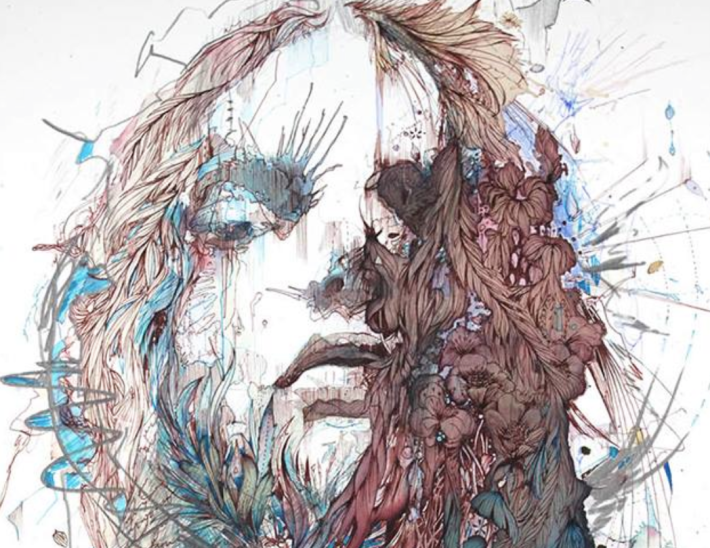 The instructions went something like this: The first row goes first. The people stand up, walk single file onto the stage, stop, and turn to face the rest of the group. They stand at the front edge of the stage without speaking, moving, averting their face, or closing their eyes for five minutes: That’s five minutes of being exposed on stage in front of 200+ people without a script or a role or a job to perform, five full minutes of being observed without distraction, after which they file off the stage and return to their seats while the next row rises. Every person in the audience takes a turn. The only other instructions were to “be present” and “see what comes up.”

I took the est training (the Erhard Seminars Training, a new age self-help group run by a guru-type named Werner Erhard that promised personal transformation) at least four times between the ages of 10 and 17 and each time I sat there in my vinyl seat in the windowless conference room of the Jack Tar Hotel on Van Ness in San Francisco, watching as row after row of people lined along the leading edge of the stage, I was stunned with the economical impact of this exercise. What a simple, cheap, and effective way to shake people up, one that doesn’t require plane tickets or hot coals or parachutes or prescriptions or meditation or years and years of therapy. Just stick them on stage and watch them fall apart: that’s a lot of bang for your buck.

Each group contained about twenty people whose reactions ran the gamut. I watched while practiced smiles slowly hardened into grimaces and then finally dissolved to reveal a multitude of surprises. Some spontaneously combusted, weeping and quivering like open wounds for the duration, while others stood still and stiff as petrified trees. Some pulled a disappearing act, psychically retreating to some other dimension, while others blossomed and still others held it together until the sound of someone else’s sobbing took them down. Many simply spent the entire time trying to figure out what to do with their eyes and their hands while the “trainers” paced up and down the aisles, barking stock phrases: “Your entire life has been spent trying to look good or avoid looking bad. What a waste of life.” “Ask yourself this question: Who are you trying to impress?” “Listen to the voice in your head, that smug little voice, always judging everyone and everything. You are an asshole.” “Drop the act, for once in your life. Get over yourself. Get off it.” “Get real: you are inauthentic. But even worse, you are inauthentic about being inauthentic.” It was a fascinating spectacle and never before or since have I seen such baldfaced terror or witnessed grown men and women openly weeping or perfectly sane-looking strangers become so utterly unhinged.

This exercise was a cheap fix, the therapeutic equivalent of taking a deep huff on a can of keyboard cleaner.  But standing on that stage did offer an interesting perspective. With 400 eyeballs aimed at me, I felt my muscles spasm with a knee-jerk reflex to escape or smile or dance or hide my face or tap dance or juggle or pull my shirt up over my head, to do something, anything to either deflect or earn the attention, to distinguish myself, because there’s something so sad and pitiful and lonely about being looked at but not really seen. There’s nothing like 400 eyeballs to make a person feel alone. I felt like that proverbial person stranded on an island. Suddenly, a plane approaches overhead but I have no means of catching the passengers’ attention so I’m standing there, watching hope recede, doomed again to a life of isolation. I was left with myself and the opportunity to decide whether or not that was enough.

I’m sure my reaction wasn’t everyone’s, but it wasn’t unique, either.  Ironically, the desire to be unique (and recognized as an individual, and appreciated) is probably universal. We were all in that room together trying to pass the test, endeavoring to “get it,” striving simultaneously to be seen and hidden, and when it was my turn, even though when I’d sat in that audience I’d felt nothing but empathetic, although I stood there with 19 other people, on stage I was completely alone. I fully understood the effect of contrived intimacy and the relativity of truth and realized that even in a room full of people, with 400 eyeballs turned in my direction, I couldn’t be seen. In truth, even if I had twerked or barfed or recited Tennyson’s The Lady of Shallot no one in that room would know me any better. And if I believed this was what “being real” was all about, I might never be recognized, not even by myself.

For me, one moral of the story is that this business of wanting to be seen is rather silly, perhaps equally silly as the desire not to be seen. Seeing is one thing, seeing can bring pleasure and meaning, but trying to be seen is a whole ‘nother thing.  Still, it seems like I have to learn this lesson over and over again. Like silly Sisyphus rolling his rock up the hill, I keep forgetting how the story ends and hoping the next time might be different. I did it again when I was 18 thinking that if I took my clothes off and held my head at just the right angle and twisted my shoulders and held my breath, if I let them paint and tease and spray and fluff and glue and accessorize and strip and pose me just so, the camera would capture something essential and the picture would reveal some inner truth or make people love me. (That didn’t happen.) And again with writing, I thought that if I spilled my guts then refined and outlined and rewrote and edited and reworked and wrote some more, if I sent it out to 10 or 60 or 100 agents, someone would see what I was trying to do. (It didn’t work like that.) And I do that with my father, too, when I haven’t seen him for awhile I get nostalgic and slip into the magical thought that maybe if I tried again he’d really see me and we could have a moment of understanding. (Nope.) In my experience, there’s a panel of bulletproof glass separating what I think I am from what most people see and I could stand there like a mime in a box, knocking on air and mouthing explanations, but it won’t make any difference and overall it’s just not particularly satisfying.

But wait. What was the message?  What was I supposed to have learned by now? Why am I still rolling this same rock up this hill? I can’t remember.  The other day, in a recidivistic spasm, I posted a picture of myself  on Facebook and then sat there pinned to my chair, waiting to see if anyone noticed. This is the price of wanting to be seen. And the cost of wanting to be heard is that very time I share something I’ve written, I do it with a rush of grimy adrenaline because suddenly, my opinions and my thoughts and myself are eclipsed by the shadow of yours.

So I need a neat solution, a grand conclusion, something to push the thought one step further. At this point I could turn any direction:  towards an examination of why trying to hide is just as silly as trying to be seen, launch into a tirade about ignorant sickos who equate self-examination with narcissism, or go off on a riff about how overstepping these boundaries is how I get out of my box and how others get in.  How about an exploration of the idea that if you control of your own image it makes all the difference with a quick probe into how selfies might be used as a tool for self-awareness? (BTW, When I started writing this piece two days ago, on November 19, 2013, “selfie” became an official word in the OED.) Maybe I could wax poetic about the nobility of the endeavor to be vulnerable, of seeking to understand oneself from the outside as a small piece of a larger picture. I might get stuck in the pain of not being seen or bemoan the fact that I will never be in control of my own story or the impression I make, that even my own children will interpret me as they desire.  And I could say that writing is the cheapest fix of them all, the easiest way to mainline a big hit of truth.

The truth is, I’m just trying to see myself.  Because we’re all alone together: up on that stage, facing a crowd of strangers, faced with the decision of whether or not we, as individuals, are enough. Being seen (or trying to be) is like sticking your metal (read mettle) into the fire and hammering it to a point. It’s a process of refinement.  Maybe I’m not repeating a mistake, I’m refining a truth. Every attempt to be seen and heard helps me figure out who I am and what I think and, slowly, surely, a shape is emerging.

(I know I sort of lost it  at the end. *sigh* Please forgive this swan dive into the shallow end of the pool and thank you for reading. Comments are off because there’s simply not enough time to write and comment.  Is your life getting as crazy as mine?  Is it just the impending holidays or what?)

Tags: Anna Fonte, autobiography, est training, girl in the hat, memoir, self portraits, selfie, sisyphus, swan dive into the shallow end of the pool, The Lady of Shalott, writing, yeah i lost it at the end

Girl in the Hat, aka Anna Fonté, is an author who writes about invisibility, outsider status, everyday monsters, and her attempts to befriend the neighborhood crows. The things she writes want you to look at them.
View all posts by Anna Fonté →
Loading Comments...
%d bloggers like this: