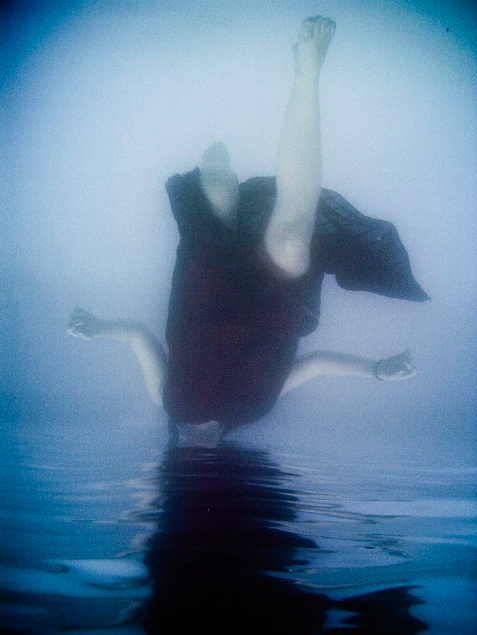 A mental list of Drew’s symptoms, in case they rush her to the emergency room: dizziness, lack of oxygen, cold sweat, nausea, and a trembling numbness in her hands and legs, but she’ll have to write it down because she can’t speak.

Oh, god.  Oh, god.  She’s in a roomful of strangers who are too busy to notice her drowning in the middle of the theater.

And how the hell did she get here?  All alone, wearing someone else’s clothes, sliding into a pool of sweat, circled in by greedy mouths sucking up all the air—and how can they not hear her heart beating? It surges into her throat like a frantic fish.

It started with the phone call (but she can’t think about that now) and then when Mae opened her front door, it got worse.  First, the impact of Mae in her gown, beauty so blatant it slices; then there was something about Mae’s lips or teeth or the sharp edge of her eyebrow that seemed off, and Drew was struck by the wrongness and couldn’t stop staring at the face as it spoke with a faint French accent:  “So glad you could make it!  It is quite a big night, no? Enormous.  Won’t you please come in.”

Wasn’t she expected?  Didn’t they say they would go together?  Or maybe Drew imagined it.

It probably also had something to do with what Drew was wearing which, aside from being a formal gown (something which she would only wear as a costume or a joke) had cost enough to make any normal person queasy.  A sleeveless black sheath with an asymmetric neckline by a big designer.  Mae had picked it out and insisted Drew buy it as an investment in her future.  Drew had saved the price tag.  She couldn’t throw it away: the tag was an integral part of what she had paid for.  True, she had been paid quite a sum for ghostwriting Mae’s book, more than a nobody like her should ever hope to dream, according to her agent, who took 15%, minus taxes, rent, car insurance, health insurance, what she owed Wayne, what she owed on her student loans, and everything else.

Then there was the surprise at Mae’s front door with curls so dark they looked wet, flaring nostrils, and the fleshy lips of a gourmand.  He didn’t bother to shake her hand when Mae introduced him as William Markham, the composer.  “Are you the writer?”  he asked, and she replied, “Yeah. But I’m just one of the writers. They hired others after me,” and that’s when Mae turned.

Markham was out the door, walking toward the waiting limo when Mae hissed under her breath, “This is no time to appear pathetic, Drew.  You better shine!  Shine or die.”

Drew tried to smile. “It’s not exactly my thing, but I’m doing my best.”

“Don’t try: Do. There’s a difference,” spat Mae, then stood there, breathing deeply, visibly raveling her expression.  “I didn’t want to tell you this, but you should know.  Your name probably won’t be in the credits.  They can only list three writers maximum so yours fell off the bottom of the list.  So you have to go out there and tell them all who you are.  This is your chance.  If you’re going to be a successful woman, you have to act like one now.”  Drew stood there, swaying on her high heels.  Mae squeezed her shoulder.  “I’ve done everything I could for you.  Now it’s up to you.”  Then she turned and walked out to the waiting car without a backward glance, leaving Drew wringing her gloved hands in the foyer.