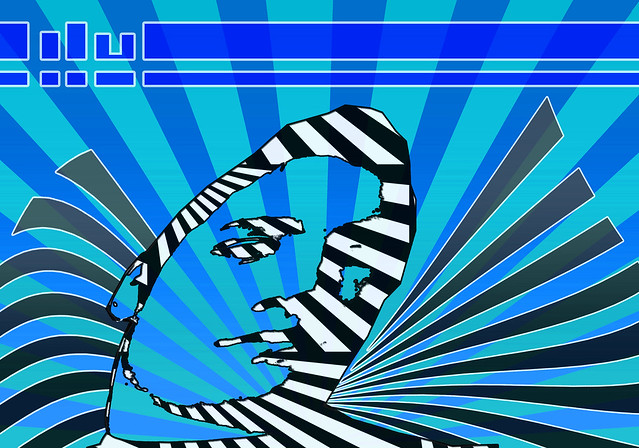 While Wayne was getting ready to go out, the cat had showed up again, just waltzed right in like it lived there.  Wayne had left the front door of his apartment ajar to catch a cross breeze, maybe secretly hoping the cat would return although he’d never admit that because Wayne likes to say that cat lovers are masochists, people who think they don’t deserve love, pathetic saps who get off on giving more than they get.  Cats just take and take, offering nothing but the negligible pleasure of their fickle company, leaving nothing but fur.  Not like a dog.  Hell, even a fish gives more than a cat does, swimming around, putting on a pretty show.  A fish is a contribution to the décor but a cat does nothing for him.

He was in the bathroom fixing his hair in the mirror when the cat slunk in and wrapped itself around his leg.  “Hello there.”  Wayne knelt down to scratch behind the ears and along the jaw, marveling at the softness of the fur under his fingertips.  The cat closed its eyes with pleasure and when Wayne carried its small body into the kitchen to find the tin of expensive imported sardines he had bought just in case, that featherweight of warmth enfolded in his arms filled him with a fierce surge of tenderness and longing.

The cat snapped up the fish and licked the plate with its pink tongue. “Stupid cat,” he whispered fondly. “You shouldn’t trust just anybody.”

The bartender who brings his mojito is cute in a Matt Damon/Ricky Martin sort of way but a bit too beefy for Wayne, but nice looking, solid and trustworthy, and Wayne smiles with all his charm and slaps down a fat tip before he picks up the napkin with the glass and swivels on his barstool to appraise the room.

A large portion of this chapter has been deleted.

To read more, contact me and we can discuss publication. (!)