what would water do (chapter 11) 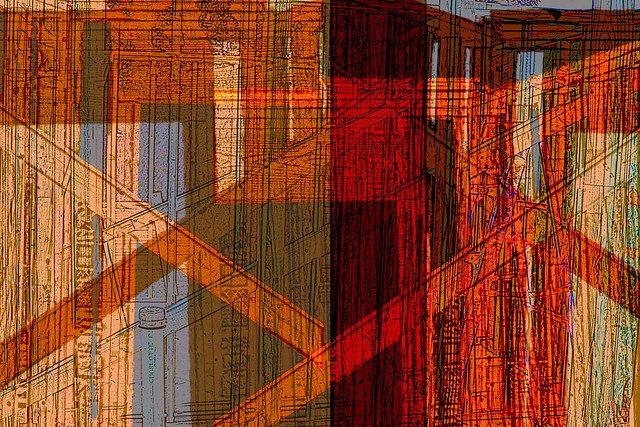 The napkins have resurfaced, the plates have retreated to the center of the table and Lang Westwood is at the punchline of her story:  “And I said, ‘what are my choices?’ to which she replied, ‘shoestring potatoes, macaroni salad, or deep fried okra.’  Those were my choices of vegetable.  I’d hate to be a vegetarian in rural Louisiana.”

The people at the table chuckle in unison and Lang glances around with renewed disbelief.   To her left sits Nora, her assistant, with those pale eyes like windowpanes. Next to her sits the writer they just hired to rework Deep Water, Jeff Bing, who, although he has a name and a respectable résumé, looks and acts exactly like a marionette.  The agents sit side-by-side like a pair of foo chow dog statues and then there’s Mae on Westwood’s right wearing a girly dress, a flower in her suddenly-brunette hair, and a wide-eyed expression.  From a group of well-employed and fairly successful people, one might expect a lively conversation, but this is a one-woman performance and they’re all watching Westwood, waiting for the next bit.

Lang’s watch is still set two hours ahead of present west coast time.  In New Orleans last night she met an old guy named Johnny playing a trumpet on the sidewalk outside her hotel.  They’d struck up a conversation about Louis Armstrong that carried over into dinner.  They had a lot in common—both the eldest of five, both artists, both music lovers.  Johnny was a 9th ward Katrina survivor and he told her the whole story, including how every song, every recording, everything but his trumpet had been lost in the flood.  When Lang asked him how he could continue to live after that, Johnny had just smiled and pulled the toothpick from his mouth: “I just ask myself:  What would water do?  If you was water, what would you do?  And that’s what I do.”

When Lang had lived in France or Spain, everyone was an artist—the cook, the plasterer, the florist, the homemaker; surgeons, arborists, truck drivers, amateurs, dabblers and dilettantes  might all sit together comparing notes and sharing stories.  But here, the biggest name headlines the conversation and Lang is struggling to oblige.  While she says, “The people I met were extremely enthusiastic about our project.  They treated me like a visiting ambassador or the head of some humanitarian effort…” she’s thinking that if she were to open her mouth and let loose a giant diaphanous bubble of spit, the table would probably applaud.  She might simply belch or repeat her own name over and over, it wouldn’t make any difference.  At moments like these, Lang yearns to be at home where she is ignored or yelled at, used as a footrest or a short-order cook.  Even if she were to roast the Howdy Doody writer with her foulest language, if she licked her napkin and tried to rub some of the pink off his cheeks,  he would probably just sit there grinning and bobbing his wooden head.  She’s probably the only person in the room who remembers Howdy Doody.  Maybe that’s her problem.

A large portion of this chapter has been deleted.

To read more, contact me and we can discuss publication. (!)