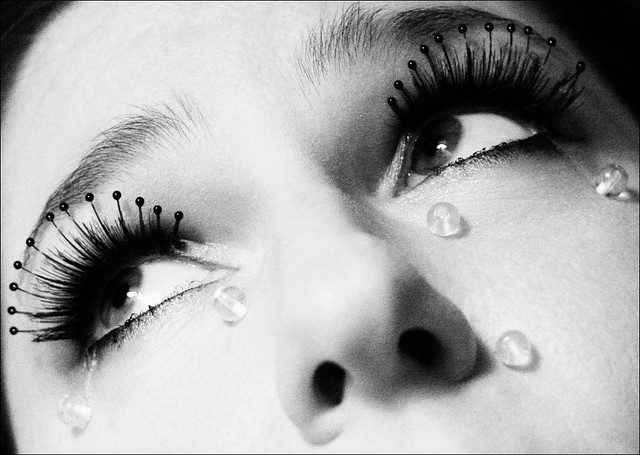 “My first impression is that you’re just too damn tan for the role.” Lang Westwood has her foot propped rudely up on the desk in front of her. It’s a real handmade boot made of stiff leather with dirt in the cracks and a well-worn sole. She displays it now for the popular young celebrity/actress as a sign.

But the girl doesn’t seem to mind. She answers, “You’re right. We’re done shooting my current project next week so I’ll be able to lose the tan by April.”

“Have you had plastic surgery?”

“What do you think?”

“What do I think, indeed.” Lang leans back in her chair.

And she also wouldn’t include actors who aren’t actors. Even though the young woman sitting in front of her isn’t wearing makeup and looks more substantial than Lang had anticipated, the girl is completely wrong for this part. This is a part for a woman, after all, not a newborn fashion trend, and where is the challenge in making beautiful things beautiful? Lang twitches in her boots and rakes her fingers through her hair.

Because the producer likes her. Even though Lang Westwood is an authentic, autonomous, award-winning director who only uses unknown actors in untold stories in unfamiliar locations, but Jake the producer likes Mae Beacon. Of course he does. Just look at her. Even though Lang’s latest films have won all the awards the box office numbers fail to impress and she knows that if she wants a long, serious and well-funded career, her next project has to net at least $30 million domestically, maybe $50M. The only way to make that kind of money without compromising herself is to make a concession on either the story or the talent. Jake, who knows how to make films that make money, is set on Mae Beacon.

Lang’s stomach feels sour and hollow. This morning she fixed oatmeal for her daughter Eleanor, but she had only coffee herself. She had been too irritable to eat. As Eleanor spooned honey, she had looked up and said, “I’ve got just one question.”

“If you don’t like her then why are you going to hire her? I mean, what happened to all your staunch faithful philosophical opposition to compromising your artistic integrity?”

Lang had to laugh. Coming from a twelve year old, these words were absurd. “It’s complicated. Some day you’ll understand.”

“I can’t hide anything from you, can I?” Eleanor stirred her oatmeal, waiting. “No, it’s not just the money. I don’t want the stinking money. I just want the freedom that money can give. Freedom isn’t free, you know. In fact, it can be quite expensive.”

“Can’t you make money and make art, too?”

Through a mouthful of oatmeal Eleanor said, “When I grow up, I’m going to be stinking rich. I’ll give you all the money you need.”

That’s exactly the kind of thing Lang would have said at that age. When Lang was eleven, she and her four younger siblings moved closer to Sydney where her mother found work in a shoe factory on the edge of town. Lang’s father Vincent, a Koorie aboriginal, had recently left them and although her mother was white and fairly well educated, she had no work history and that was the only job she could find. When Lang discovered her mother all alone at the kitchen table one night crying into a plate of cold potatoes, Lang chucked her arm around her mother’s shoulders and solemnly promised to take care of Magali, who was still too young for school.

On the hottest days, while the other kids were all at primary school, Lang and Magali would walk or hitch a ride if they could to the nearest movie theater where they’d sneak in and hide in the balcony. The theater manager knew they were there but didn’t seem to mind, as long as they stayed out of sight and kept the theater tidy. 1966 was an excellent year for movies: They’re a Weird Mob, Born Free, The Good, the Bad and the Ugly, Farenheit 451, The Group, Who’s Afraid of Virginia Woolf , The Endless Summer. They’d watch all day, eating leftover popcorn and the crusts of meat pies or any other greasy bits they could find in paper bags left on the seats.

Lang told her mother she’d help and she did; Elle takes after Lang in that respect. But this actress doesn’t look like she’s ever helped anyone but herself.

Lang swings her foot to the floor and sits up in her chair. She tells Mae, “I must admit that I’ve seen your work, of course. You have panache but you’re not really my type.”

I have reserved the rest of this chapter for interested readers, agents, and publishers.  If you want to read more, contact me at anna@girlinthehat.com.